We are slowly working on the video content that we shot at the NPPL Chicago Open. Take a Look at the Portland Uprising remix & the Division 1 Finals between 3CT & LSD Savage. You also cannot have a large event without new product videos check out the latest product from Virtue Paintball the Solar Bugout Backpack.

We hit the road Friday morning from Atlantic Canada all the way to CPX Sports to check out the NPPL Chicago Open and Living Legends 4. We also took back with us to Canada a nice new 44 piece NPPL Sup Air field which we are pleased to offer to help grow the sport of 7-man in Atlantic Canada.

The drive was very f*cking long but once we landed and the weather was nice it really made up for the excessive amount of driving. We will be posting videos and sharing a few stories and possible rumors that we heard over the weekend shortly.

We also would like to say congratulations to 3CT which is made of of some of the top Canadian paintballers on their Division 2 First place finish. Keep your eyes on these guys for the season and they surely will be making a few visiting to the podium this season.

Until we get around to posting up stuff from the weekend you can keep yourself busy with an glimpse from the Miss NPPL bikini contest.

Planet Eclipse has been keeping busy with the release of the CSL and now their HDE camo jersey. Hopefully there will be some players wearing this at Living Legends IV this coming weekend in Chicago at CPX Sports. Head over to the Planet Eclipse online store to order yours now. 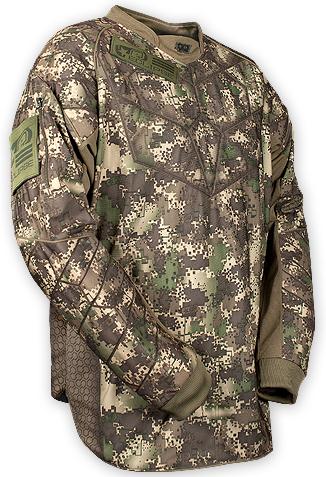 Planet Eclipse steps up their 2011 line of markers

When hundreds of the very best tournament paintball players in the world converge on CPX Sports Park in Joliet, Illinois along with thousands of scenario and recreational players, the result is the ultimate vendor opportunity! For the second year, the NPPL Chicago Open paintball tournament will be held alongside the amazing Living Legends scenario experience, bringing professional and divisional tournament players together with recreational and scenario players – both fun-loving and die-hard. The result is the best of all worlds for any paintball company, large or small, looking for the ideal event at which to vend and show off their products as hundreds of tournament and thousands of recreational and scenario players come together at one place, for one incredible weekend of paintball festivities!

May 20-22, 2011, some of the most famous people in the paintball world will make the trip to CPX Sports in Joliet for the Living Legends 4 scenario event, while others compete on the world stage in the NPPL Chicago Open tournament. Joining these paintball celebrities and professional athletes will be dozens of representatives of the paintball news media, ensuring that sponsors, vendors and their products receive massive coverage in words, pictures and videos spread around the world! Hundreds of divisional players will also compete in the NPPL Chicago Open tournament, while spectators, friends and family cheer them on! Meanwhile, thousands of camouflage-clad scenario and recreational players will hit the woods and remarkable themed fields of CPX to square off in the Living Legends scenario.

Paintball companies no longer have to choose between the large crowds of major scenario events or the cool atmosphere and massive media coverage of professional tournaments at which to display their products, greet customers and dealers and make sales: the NPPL 2011 Chicago Open and Living Legends 4 will bring it all together in one place, for one affordable price!

Coming Up To Almost A Full Year Without Blog Posts

So here at ThisISPaintball.ca we decided that we would be silent for one full year from writing blog posts about paintball events, league updates, product reviews or new releases to show our concern over where the industry is heading and how the loss of the core values which paintball once held were really being throw to the side in the search for profits.

While there has not really been many of those issues disappear ThisISPaintball.ca is starting to create and share content again but will only be showcasing news from those companies which are building a healthy paintball industry and trying to showcase the local events which are really supporting true players which are keeping the industry afloat with buying & paying for their products.

Good luck to all teams & players in the 2011 season hopefully lessons can be noticed to the failures in the past few years in the paintball industry and adjustments made to make sure the sport keeps growing in the correct fashion without forgetting where the sport started off from.

Teaser for Artifact, the 5th season of Planet Eclipse’s online video series. Artifact is a collection of 10 minute documentary shorts being released monthly by Planet Eclipse.

ThisISPaintball.ca
Create a free website or blog at WordPress.com.