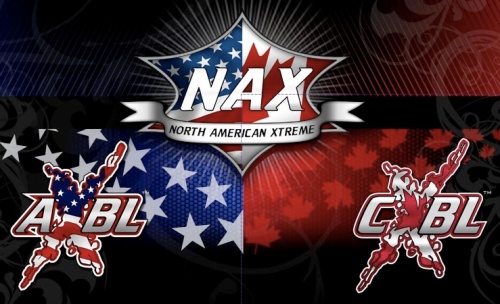 Ground Zero Paintball pulled through with another successful paintball event once again, hosting the fifth event of the season in Gananoque, Ontario. Unbelievably, it was already here. This was the last event for your team to make the cut as the number one team in your division, the last chance at bringing home the medals, and the last shot at making NAX. We, the players, and spectators, witnessed it all. Everything from the tears and blood, to the joy and high feeling of accomplishment. It all comes in the package; hopefully you were fortunate enough to catch it all live.

Sometimes there is just too much to tell, or, you just don’t know where to kick the weekend’s story off from. So the best way to resolve this is by starting with congratulating all the teams who busted their buts this season in the trenches, and now have made it to the top. After all the hard work, dedication, money, and time put into this, they deserve one big round of applause.

CX4 team Whitby Rhino Rampage came first this season, winning the series title as the number one CX4 team in their division. They came through with a total of 225 points this season, along with Codrington Corrupted Youth in second place and Hamilton Havoc in third place. It was a tight division, packed with close matches all season long, but everybody did an amazing job. Congratulations boys, enjoy the prizes and super cool medals.

RXL team Woodstock Defiance came into the division with next to no Xball experience, other than being under the wing of Travis Kropf (ex. Shockwave Canada player). This was their first year as a real team together, gaining hundreds of war stories and hotel memories this season together as a team. They went through the drama together, and have now learned how to win together. Woodstock Defiance also accomplished their goal of winning an MXL spot in the league for next season. Congratulations on a job well done. Essex Supremacy led shortly behind in second place, as well as Joyceville Juveniles in third place. Hopefully everybody takes another shot at the title next season in 2010, where we’ll find more exciting matches and new winners.

Kitchener Recon came into MXL this season after winning their spot from RXL in 2008. They smashed their way through RXL, now absolutely obliterating anybody in their path in MXL. Recon has a point differential of plus 65, leaving the closest contender (Sudbury Union) in the dust with only plus 18. They not only blew the points off the score sheets, but also managed to win every single match, going undefeated this season. If that isn’t impressive enough, they also not only won a CXBL spot for next year, but an AXBL spot as well. Kitchener Recon competed in MXL up in the states as well, under the name of Bronx Hate. It just so happens that Bronx Hate went undefeated this season in the MXL division. This group of players definitely has something going for them, who knows what 2010 will bring. I believe I speak for them when I say thanks go out to their loyal coach Nelson Fonseca. Congrats also go out to Elmira Nemesis for coming in second place and Waterloo Wildcards for coming in third.

CXBL was an absolute, out of control, rollercoaster this season. Teams that were in the bottom seemed to somehow find their groove around the middle, and others who thought to have no worries, fell into the ground. Although, three particular teams seemed to always be in the same ball park. First up was Cambridge Raiders, the thought to be winning team this season. Next up was Kingston Criminal Factory, a team that was coming from experience, as well as the help from hired pros Bart Blonski and Pete Utschig. Finally was Toronto Rage, a well represented team who made some major pickups this season to perfect the roster. All three teams grinded out hard matches with one another, but the question remained, who would break through with the medals and move onto NAX? The answer was Toronto Rage. After Cambridge Raiders slipped last event, Toronto Rage seized all the open opportunities possible. Quick points in clutch times raised their point differential a ton, bringing them the medals and entitling them as the number one team in Central CXBL. Cambridge Raiders just fell short, coming in second. Kingston Criminal Factory remained in third with only a total of 10 points, compared to Rage and Raiders with 12. Amazing jobs everybody, but the action isn’t close to over yet. NAX is in less than a month, so I hope to see everybody there.

Special Thanks go out to all of our hosts for making this possible. Ground Zero, Flag Raiders, Soldier Gear, and Bingemans entertainment center all did a phenomenal job with the events. Special thanks also go out to BuyPBL, Draxxus, VForce, Smart Parts, Sup Air Ball, Canadian Tire, and FantasyPB for making any of this possible. The best event of the season is always saved for last; NAX is going to get hectic. The pressure is on and the teams demand 110% out of their players at this point. Stay tuned in and don’t miss a second of it with ThisIsPaintball.ca!